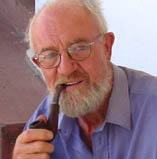 We at ProWA met Keith Warren at a wind farm exhibition in Market Harborough, his home town. He, among others, were asking many questions and we realized he had experience. With some conversations, over time and drinks (he loved his dark rum), he offered to help ProWA.

At the Swinford Windfarm Inquiry, he gave an expert witness statement expressing the need for renewable energy generation – it was measured, instructive and effective.

Keith’s background is fascinating. Earning an MA in science from Cambridge, he became an educator. He had been working abroad for decades with development agencies as an educator (aka the United Nations). He set up small local groups in poor African and Indian villages who needed educating in self sufficiency.

In Mozambique (his last posting) a technical school developed with local youngsters, who had nothing to do, being recruited to make items useful for all. Keith taught them basic skills that changed lives. This was in a civil war zone with few resources, they had to scavenge waste sites, disused machinery, cars, oil drums etc. Under Keith’s guidance they made musical instruments, electric motors, spindles, pottery, solar ovens, oh, and wind turbines.

He explained to us the significance of these small pole mounted wind turbines; to get enough power for small LEDs – then the children can read.

Keith was much admired by those he helped; one group formed a band which eventually played at the Glastonbury Festival. Others promised to continue the workshop and social activities as age and illness caught up with him.

He returned home to write books and produce filmed demonstrations for anyone to use freely in educational facilities.

His designs and demonstrations can be viewed at http://www.theafricanexperimenter.org

Nine additional wind turbines are proposed for the successful 29-turbine Berry Burn Windfarm south of Forres, which opened in 2014. Grampian Pro Wind thoroughly examined the proposal, including a site visit in June 2019 – see photos here. Public exhibitions were held in November 2019. A planning application was submitted to the Scottish Government Energy Consents Unit (ECU) in August 2020 – see comprehensive documentation on the ECU website.

We will be doing a series of features on different windfarm proposals in the Grampian area and highlighting them here. If you have a project you would like us to take a closer look at, please contact us.

14 additional wind turbines, referred to as Clashindarroch II, are proposed for the existing and highly successful 18-turbine Clashindarroch Windfarm south of Huntly in Aberdeenshire, which opened in 2015. Grampian Pro Wind thoroughly examined the Clashindarroch II proposal and wholeheartedly supports it.
For further details see here.

We will be doing a series of features on different windfarm proposals in the Grampian area and highlighting them here. If you have a project you would like us to take a closer look at, please contact us.

Our affiliated groups and organisations

This website uses cookies to improve your experience while you navigate through the website. Out of these cookies, the cookies that are categorized as necessary are stored on your browser as they are essential for the working of basic functionalities of the website. We also use third-party cookies that help us analyze and understand how you use this website. These cookies will be stored in your browser only with your consent. You also have the option to opt-out of these cookies. But opting out of some of these cookies may have an effect on your browsing experience.
Necessary Always Enabled
Necessary cookies are absolutely essential for the website to function properly. This category only includes cookies that ensures basic functionalities and security features of the website. These cookies do not store any personal information.
Non-necessary
Any cookies that may not be particularly necessary for the website to function and is used specifically to collect user personal data via analytics, ads, other embedded contents are termed as non-necessary cookies. It is mandatory to procure user consent prior to running these cookies on your website.
SAVE & ACCEPT